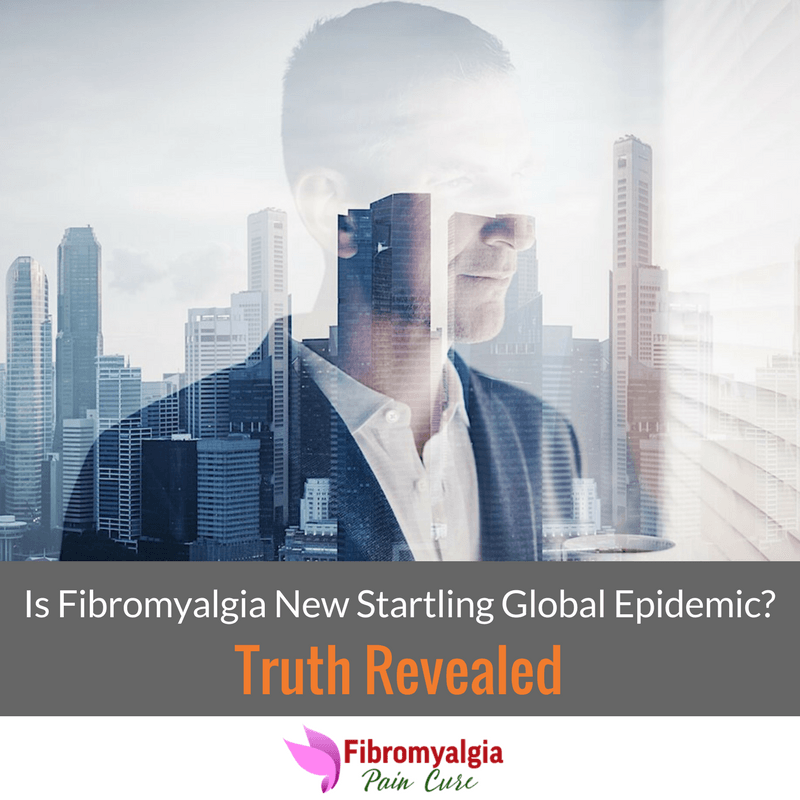 If you have been unfortunate enough to suffer with fibromyalgia condition then you would have often wondered that is that only you who suffer from this miserable illness.

The truth is, there is a lot of contradictory and even outright false information about the severity of fibromyalgia epidemic across the globe.

I can not tell you the number of times I have seen people wondering among themselves that whether it is only them who have this painful condition.

Let us start briefly about the history of fibromyalgia and how this chronic painful condition is affecting world wide population than we actually realize it. ​

Fibromyalgia was first identified in mid-1800. In 1850, It was reported that several rheumatism patients had hard places in muscles, which were painful when pressed.

In 1904 the term ‘fibrositis’ was introduced which was described as regional pain syndrome, including sensitivity to light touch, fatigue and sleep disturbance in the absence of any signs of local or systemic inflammation.

It was also found that fibromyalgia patients had stage 4 sleep disturbance which leads to myalgia, fatigue, and muscle tenderness. There had been renewed interest in studying fibromyalgia in the 1980s, and several studies were conducted to know more about the fibromyalgia condition and its symptoms.

It was during this period the current diagnostic process to identify fibromyalgia was developed.

In 1990, the American College of Rheumatology (ACR) published the criteria to identify the fibromyalgia symptoms.

These tests were not designed to be diagnostic criteria, but they are now widely used as such in routine clinical practice.

The mean age of fibromyalgia patient is 49 years, with 89% of patients are female.

Who Gets Affected By Fibromyalgia?

It is estimated that the prevalence of fibromyalgia symptoms in the general population ranges from 0.5% to 4%.

The prevalence of fibromyalgia symptoms in medical outpatients’ clinics is much higher than it the general population and ranges from 10% to 16% in rheumatology outpatient clinics.

Factors which affects the probability of getting fibromyalgia.

Twenty-eight percent of children from fibromyalgia mother were found to suffer from widespread chronic pain.

Percentage of people in United States suffering with Fibromyalgia

Comparison with Europe and the United States did not identify any significant difference. The most affected areas are physical mobility, change in mood, depression, problem concentration and memory, and lack of motivation and drive.

The cold weather often aggravates the pain and tasks which require sustained or repetitive physical effort found to be difficult to perform.

Fibromyalgia patients have significantly lower physical and mental health scores than patients with a similar painful condition such as rheumatoid arthritis.

Fibromyalgia patients are often depressed and lack the ability to concentrate on a highly focused task. Patients with depression tend to have higher Nottingham Health Profile scores which suggest a significant relationship between pain, depression, and overall quality of life.

Sleep disturbance, frequent in fibromyalgia patients, increases the pain, fatigue, and mental health condition which turn out to be another aggravating factor.

Controlling the psychological stress through meditation, yoga, and interventions designed to improve sleep quality may help to restore the health-related quality of life in Fibromyalgia patients.

Other risks of negative behaviours due to the severity of pain, poor emotional health may lead to excessive self-medication and overuse of sleeping pills, alcohol, drugs, or caffeine.

A study in 2001 found a higher incidence of self-induced harm such as suicide, and accidents among people with widespread chronic pain.

The direct financial burden of fibromyalgia illness is immense.

As per 2012 study, more than 100 million people in North America suffer from chronic pain condition with an annual price tag of more than 65 billion dollars.

On top of that, 35% of fibromyalgia patients spend between $100-$1,000 per months above their insurance to see a healthcare profession. Indirect cost related to the loss of productivity and missed work estimated to be $12-$14 billion each year.

The average fibromyalgia patient makes ten primary care appointments per year and is hospitalized, once every three years.

Although the direct cost of fibromyalgia illness is staggering and somewhat easy to identify the indirect cost such as personal and emotional cost to patients, their families, and friend is tremendous and difficult to put a price tag.

Fibromyalgia symptoms tend to overlap with several other medical conditions such as arthritis, sleep apnea, migraine, etc. which often causes either misdiagnosis or long series of testing to eliminate the cause of other symptoms.

In a survey, the fibromyalgia patients waited on average from 5 months (UK) to 1.5 years (Mexico) to consult a physician. After consultation, these patients took another 2 to 3 years and between 2 to 4 doctors to receive an accurate diagnosis.

Despite the several current pieces of research, many physicians stated that they found fibromyalgia somewhat tough to diagnose. The other contributing factor in difficulty diagnosing fibromyalgia is due to the difficulty in fibromyalgia patients to communicate their symptoms. The percentage of physicians who reported confidence in recognizing fibromyalgia symptoms and differentiating with other similar symptoms varied across the physicians.

Rheumatologist found to be more confident than the other expert in recognizing and differentiating fibromyalgia symptoms with other conditions.

As we now know that the Fibromyalgia is a global worldwide phenomenon and often misunderstood disease.

As per studies worldwide, the fibromyalgia is found to affect 3-6%  of world population with women to be more affected than men.

Considering the world population to be 7 Billion that turn out to be close to 200 million to 400 million people suffering from this chronic painful condition.

In North America alone close to 10 million people are found to suffer from fibromyalgia condition.

Fibromyalgia is also more prevalent in people over 50 years of age, in subjects with low education level, with low socioeconomic status, living in rural areas, and possibly in obese women.

As per world bank data, in 2015 approximately 45% of the global population live in the countryside with a higher degree of the rural population in developing countries where there is often a lack of medical facility and treatment.

It shows that the number of fibromyalgia patients is grossly under-represented. But there is no doubt that fibromyalgia condition significantly reduces the quality of life and the direct and indirect financial cost is staggering to not only the patient but also to the nation.

It is important to have more research and nation-wide epidemiological studies on fibromyalgia to have a better view of the prevalence of this disorder worldwide and to measure the burden of Fibromyalgia condition on persons, families, and society. 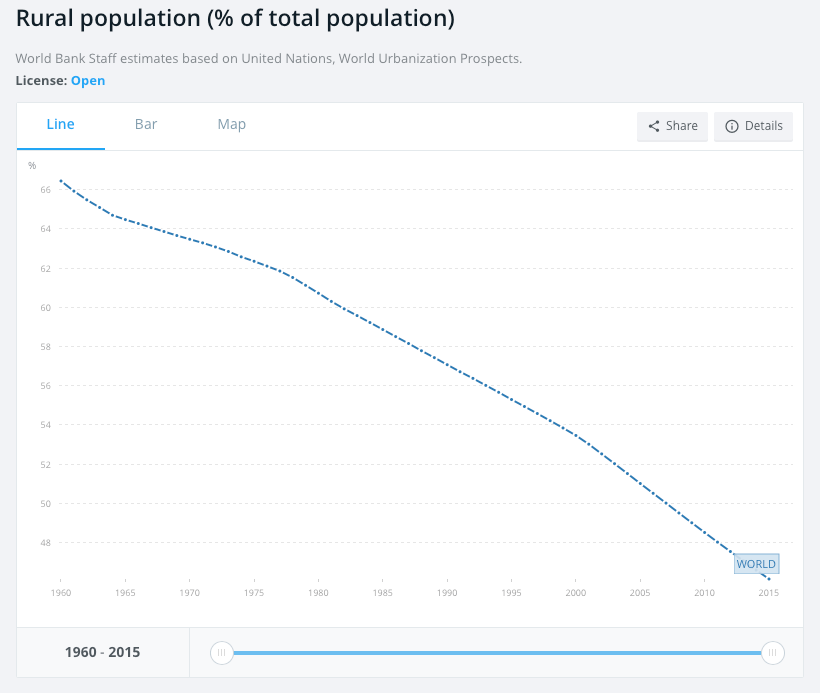