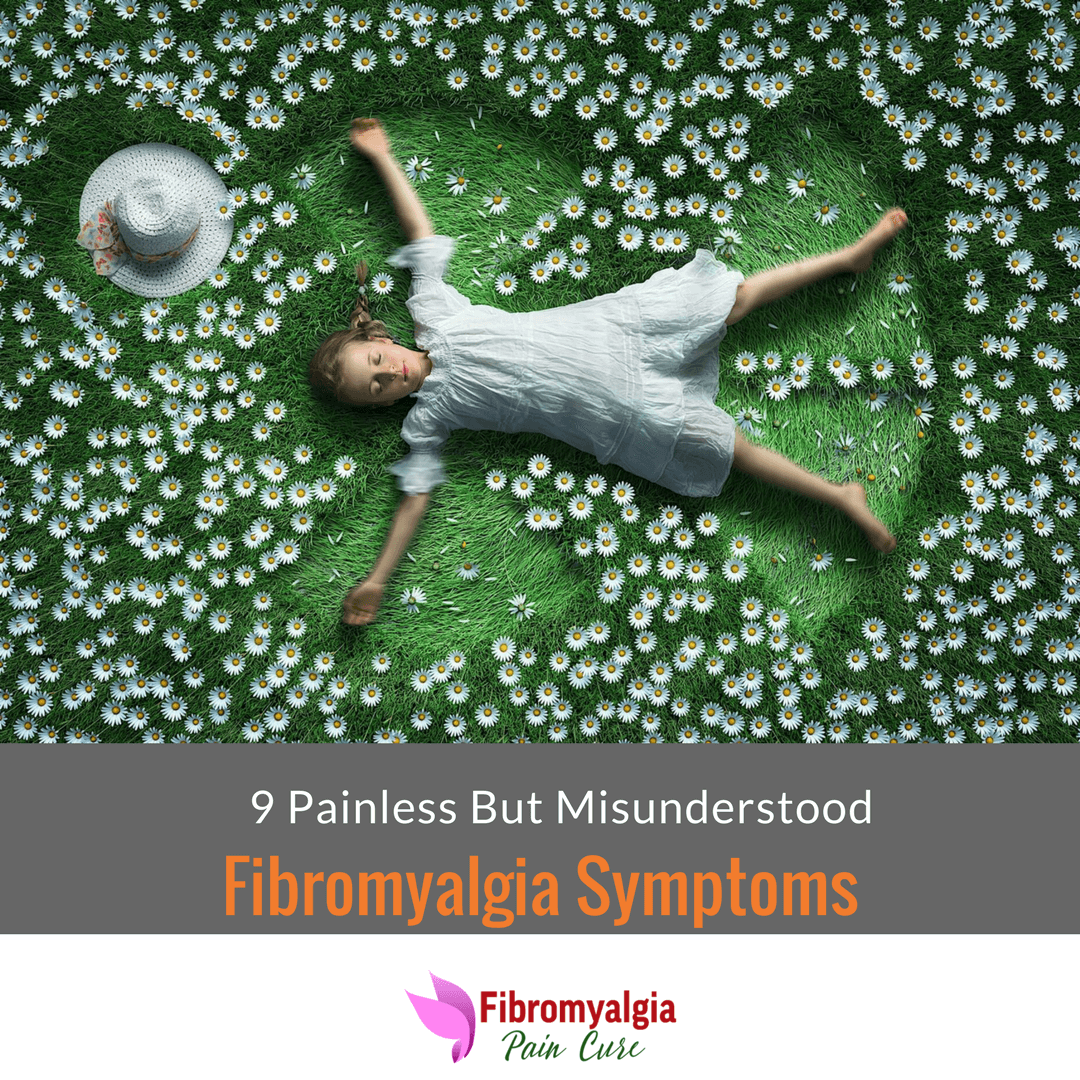 Fibromyalgia is typically associated with the pain and discomfort it brings to the patients, but it is a pain which takes the most of the focus.

Several fibromyalgia symptoms do not cause any physical pain but create discomfort in the patients.

Fibromyalgia is still misunderstood medical condition, and one reason is that the fibromyalgia symptoms overlap with several other conditions.

We provide a list of 9 painless fibromyalgia symptoms which are often misunderstood, and you should watch out for.

External factors such as stress, anxiety, depression, and side effects from the fibromyalgia medication make the body feel tired and lack of energy all the times. A study published in BMC Musculoskeletal Disorders states that approximately 50 to 70 percent of fibromyalgia patients suffer from chronic fatigue syndrome.

It is often easy to misunderstand the fatigue caused due to overworking, not having enough sleep or even lack of motivation.

But fibromyalgia condition itself can cause the fatigue in the patients.

It is important to do some lifestyle changes, such as doing light exercise, eating a balanced diet, reduce carb and excess sugary food.

Insomnia is another painless condition which makes fibromyalgia patients awake whole night. Even if they are able to sleep, the sleep quality is terrible and have several interruptions which prevent deep stage sleep.

The difficulty in getting quality sleep triggers the other painful fibromyalgia symptoms such as musculoskeletal pain, fatigue and problem concentrating.

There are several ways you can improve your sleep without taking any medication.

About 33 percent of all fibromyalgia patients have conditions such as constipation, diarrhea, and trouble with their bowel movements.

Although it is not really a painful condition, it causes discomfort and embarrassment in the fibromyalgia patients.

A study has confirmed the link between the fibromyalgia condition and the irritable bowel syndrome. Restless leg syndrome is another painless fibromyalgia condition where patients complain of an inability to keep their legs still, particular at night, when they are trying to sleep.

Although it is not painful, it causes immense discomfort to the fibromyalgia patient. The symptoms generally last for the whole night and only subsides in the morning. You can get some relief from restless leg syndrome by massaging the feet and finding ways to increase the blood circulation in the legs.

Several people have found that the use of heating pads or hot bath help them control the leg movements and let them have a good sleep.

Hypersensitivity causes fibromyalgia patients to have a sensory overload which makes them very reactive to external stimulants such as bright light, noise, and even smell.

To make it worse, sometimes they feel nothing can help them to make them feel any better. The conditions are similar to the patients suffering from a migraine which makes the bright light unbearable to them.

Itching is another discomforting fibromyalgia symptoms. The itching can be localized and very minor, but it can also be severe and happening all over the body.

We do not yet know what actually causes the itching in fibromyalgia patients, but several pieces of research have pointed out that it is due to pinched nerves, or even due to side effects of the prescribed fibromyalgia medications.

If you experience itching as one of the fibromyalgia symptoms and you observe it to be happening it after taking medication, then you should consult with your doctor and ask them to prescribe you alternative medication.

To get some comfort from itching naturally, keep yourself hydrated by drinking plenty of water, do not spend too much time taking hot showers as it could dry out your skin, and apply body moisturizer to keep your skin moisturized.

Avoid the temptation to itch your skin consistently. Chronic itching condition may make you difficult to go to sleep and could trigger the other fibromyalgia condition.

One of the symptoms of fibromyalgia is mental confusion and forgetfulness.

The pain and other chronic condition cause the brain to be too occupied dealing with all the symptoms which cause it to pay less attention to other things happening in your life. Many doctors diagnose it at attention-deficit/hyperactivity disorder (ADHD) which is different than the fibro fog in the fibromyalgia patients.

The symptoms of fibro fog can range from mild to severe and varies from day to day.

The common symptoms of fibro fog are:

It is found that treating fibromyalgia helps improve the fibro fog condition in the patients.

Swelling and Tingling in Hand and Feet

Fibromyalgia patients often experience swelling and tingling in hand and feet. Often these are painless, but it is as discomforting as to have to itch in the body.

About 50 percent of all fibromyalgia patients report feeling that their hand and feet are swollen, even when tests indicate that their swelling is very limited.

Many fibromyalgia patients complain swelling and tingling in hand and feet when they wake up in the morning, and then it gradually goes away.

Many patients think they have a condition similar to paresthesia but several studies have shown that the condition could be related but it does not mean that fibromyalgia patients should have paresthesia condition.

It is estimated that about 25 percent of all fibromyalgia patients suffer from symptoms similar to those of clinical depression, and many experience feelings of anxiety. Increasing the serotonin level can not only make your depression go away but also help reduce several fibromyalgia symptoms.

The above list is some of the typical relatively painless fibromyalgia symptoms. Everyone is different, and it is possible in extreme cases the condition becomes so severe that it actually becomes painful.

It is important to keep an eye on these discomforting conditions and by being aware of the problem you are going through and the typical symptoms you experience can help you better control the fibromyalgia triggers.

Have you experienced any of those painless fibromyalgia symptoms?