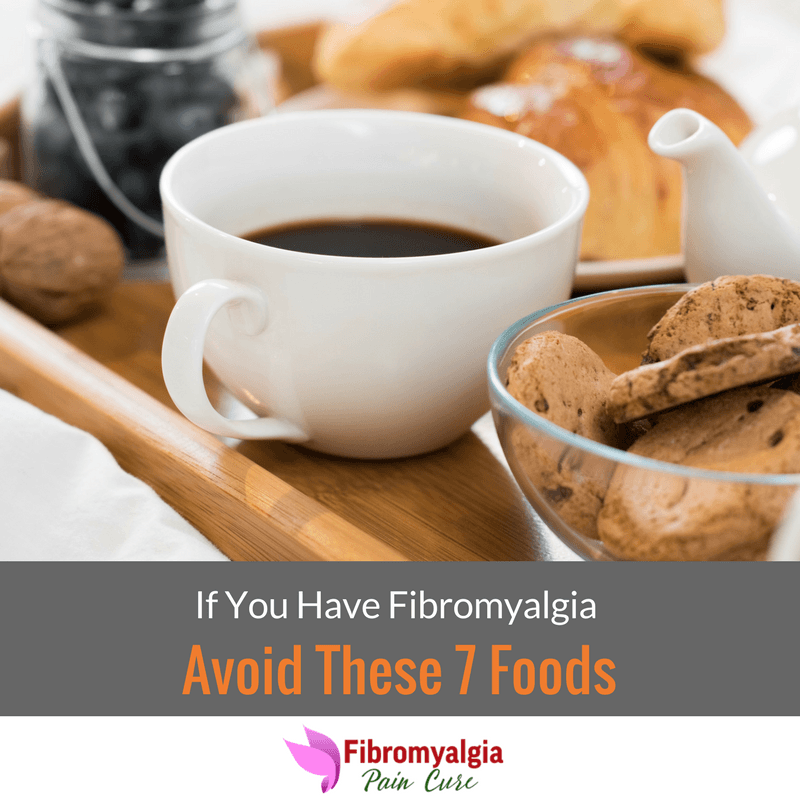 Have you ever taken a meal and found that after a little while you start having pain, headache, fatigue and inflammation in your body?.

If you been diagnosed with fibromyalgia, then you know all too well that something has triggered your fibromyalgia symptoms.

Fibromyalgia is not a rare condition; it is, in fact, one of the most common rheumatic illnesses. Despite volumes of international research, the cause of Fibromyalgia remains unknown.

How can dietary change help?

According to research, almost half of all Fibromyalgia patients attempt dietary changes. Over 70 percent of patients who try dietary change report it as the most effective complementary or alternative intervention.

If you are like me, you certainly want to know common foods which typically triggers the fibromyalgia symptoms and wants to avoid.

Here is the list of 7 food items which usually triggers the fibromyalgia symptoms and more attention need to given when next time you plan for your meal.

Eating these foods which are high in trans-fat contribute to musculoskeletal pain and aggravate fibromyalgia and arthritis pain.

You should replace the trans-fat diet with the saturated fat which is present naturally in many foods such as avocados, organic pastured egg yolks, coconuts and coconut oils, and raw nuts such as almonds, macadamia, and seeds.

Modern day packaged foods contain several additives and preservatives to make it taste good and last long. But consuming these processed foods may create serious side effects and can inflame the muscles and trigger fibromyalgia pains.

Food additives such as Monosodium glutamate (MSG) enhance the food flavor and are added to the canned foods to make the food taste better even after several days.

U.S Food and Drug Administration recognizes MSG as a safe product, however, several pieces of research have shown that consuming it in larger quantity can trigger symptoms such as dizziness, headaches, nausea, arms and hands joint pains, and mood swings. These are also the typical symptoms in fibromyalgia patients.

Next time when you are grocery shopping, pay close attention to the ingredients.

If it contains MSG, then find an alternative product which does not contain any MSG. Several case studies show that eliminating MSG and aspartame led to dramatic improvement in the fibromyalgia symptoms. Who would have thought that common healthy vegetables such as tomatoes, peppers, potatoes, paprika, and eggplants which are healthy foods to eat can cause pain in the joints and muscles including inflammation of arthritis and fibromyalgia?

One secret ingredient in these plants is the presence of a substance called solanine. The solanine, a toxic chemical, is produced by the plant to protect itself from insects and bugs. The solanine is typically found in all part of the plant such as leaves, fruits, and stems.

What can you do?

Besides, solanine is found in tobacco leaves. If you are a smoker, this is another reason to quit smoking.

Refined white flours, also known as plain flours, are commonly available in the stores and also called bread or pastry flour. It is the most nutrient deprived flour you can eat.

It is called refined white flours because the wheat husk have been removed and the remaining powder is bleached. The only thing left after this whole process is carbohydrates and calories.

Also, loaves of bread made of white flours contain a whole lot of additives such as processed salt, high fructose corn syrup, trans fat, soy, and emulsifiers. These substances are known to trigger fibromyalgia symptoms.

A regular consumption of refined white flours can cause you feel bloated and also increase your weight.

Substitute refined white flours with whole wheat and keep it low processed to maintain the nutrients in the grain.

Caffeine products can not only cause stress to the adrenal glands, but they are also toxic to the liver. Also, they can reduce the body’s ability to absorb vitamins and minerals.

Caffeine is typically found in coffee, chocolate, cocoa and cola drinks. A high dose of caffeine can cause fibromyalgia symptoms such as agitation, palpitations, headaches, indigestion, panic, insomnia and hyperventilation.

Substitute caffeine with plain water or lightly flavored water. You can also buy Teeccino products from the store, and these are made from grains, figs, chicory and beet roots.

It tastes familiar to coffee without any harmful effect of caffeine.

Dairy products such as milk quickly elevate blood sugar level in the body. It is essentials for infants to get a boost of quick energy but these high sugar foods can create the inflammation.

These days many people get their milk from captive animals who are fed high milk producing diets including a massive use of antibiotics, hormones, pesticides, herbicides and more which get passed on from animal to the milk they produce.

If you are worried about calcium then milk is not the only source you can get your calcium.

If you consume healthy balanced diet and skip all the artificial sweeteners and additives and eat dark leafy green food such as spinach, tofu, beans, and lentils, then your calcium intake will be sufficient for you to maintain good health without triggering fibromyalgia symptoms.

Although corn has several health benefits, many baked foods and snacks made with corn oil contain high Omega-6 fatty acids.

This high source of fatty acids causes inflammation and joint pains.It is important to know the difference between fresh sweet corn and the high fructose corn syrup.

The organic fresh sweet corn has several health benefits and contain nutrients such as folic acid, niacin, and minerals but avoid highly processed corn syrup which does not include vital nutrients and cause high inflammation into the joints and body.

You should replace food which contains omega-6 fatty acids to food high in Omega-3s such as olive oil, nuts, flax and pumpkin seeds.

Maintaining a healthy diet and avoiding foods that trigger fibromyalgia is essential to reduce the symptoms and pain.It is essential to pay attention to the food we eat and know the effects we have on our body after consuming these foods.

While these 7 food items are necessary for fibromyalgia patients to avoid but this list is not exhaustive, and some of the food items may or may not be directly affecting your condition.

Whether you are newly diagnosed with fibromyalgia or know someone or have it for a long time, remember the old saying, “ we are what we eat.”

Now what we eat depends on individual body types and conditions. Understanding foods which trigger fibromyalgia are as crucial to containing this painful chronic disease as it is to know how to lower fibromyalgia symptoms when it is triggered.

How These 7 Amazing Foods Relieve Your Fibromyalgia Pain

How to Treat Allodynia and Fibromyalgia Skin Pain

Is Serotonin Surprisingly The Ultimate Cure For Fibromyalgia?

Relation Between Paresthesia and Fibromyalgia: The Ultimate Guide

Does Fibromyalgia Cause Fever?