Does Fibromyalgia Cause Fever? 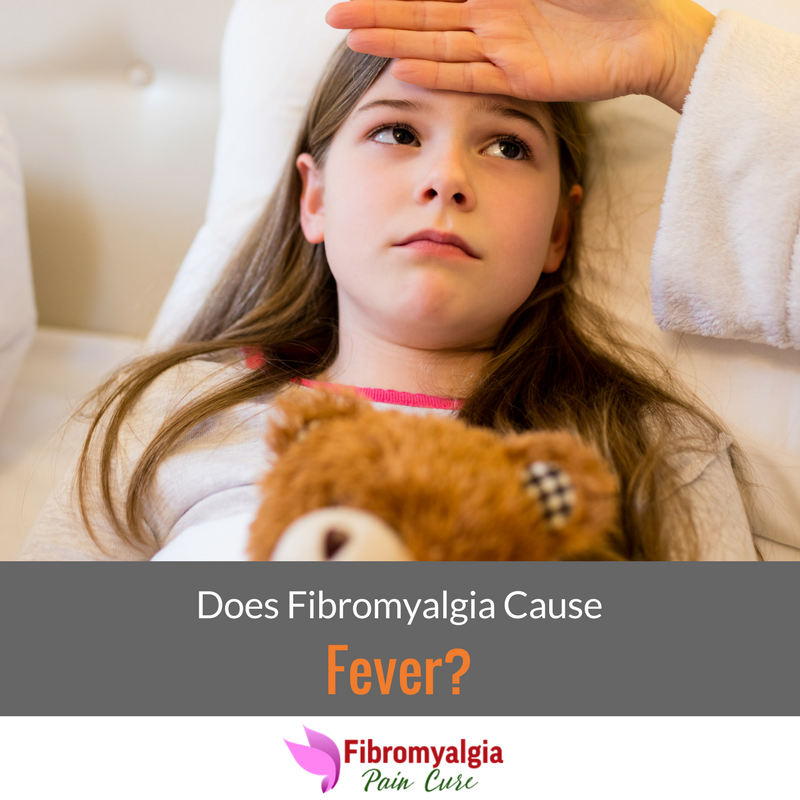 If you have been diagnosed with Fibromyalgia then you know all very well that it is chronic condition which causes pain the muscles, fatigue, sleep disorder and dizziness.

Fibromyalgia is hard to diagnose and sometime it can take up to five years for the average person to be diagnosed. Several people complain that they have a low-grade fever and they tend to put the cause of fever on Fibromyalgia.

Although there could be several causes for the fever and it becomes important to identify the correct reason for the fever before any treatment can begin.

Sarah, a successful lawyer with two children, had been diagnosed with fibromyalgia recently. For past some days she had been having flulike illness that simply never went away, leaving her fatigues and with a continuing sick feeling.

She had been thinking that these low-grade fever are because of her fibromyalgia and was very depressed. Fibromyalgia has certainly affected her energy level and she kept loosing her interest in the work. On top of that, the demand of two growing children make her more tired and fatigued.

Sarah went to see her doctor and explained that the low-grade fever is making her feel very uncomfortable and distressed. Her doctor informed her that fibromyalgia does not actually cause the fever but the symptoms of fibromyalgia can produce the fever like conditions.

People who experienced fever often complain that it started with other fibromyalgia symptoms such as restless legs or muscle twitching and then they start having chills.

Fibromyalgia upsets the central nervous system and causes the brain to send mix signals to the body. It causes a body to have difficulty adapting to the changes int he temperature.

Many fibromyalgia patients have reported being hypersensitive to either heat or cold. The inability of brain to properly regulate the body temperature causes internal body temperature to fluctuate between feeling too cold to too hot regardless of external temperature.

Fibromyalgia patients tends to have their hand and feet to be more temperature sensitive which causes it to be either too hot or too cold. When their hands are cold, and they put it on their forehead, they feel as though they have a fever, when they do not.

Fatigue due to Fibromyalgia and and Fever

Fatigue is another symptom of fibromyalgia. People with fibromyalgia get more fatigued than the normal person. This excessive fatigue lowers the body temperature which causes the shivering. The fatigue gets worse if you are engaged in some physical work.

According to Adrienne Dellwo, of Verywell, researchers have found fibromyalgia patients to have extra temperature-sending nerves along skin blood vessels called AV shunts and these blood vessels are in you hands, feet, and face.

Its job is to adjust blood flow in response to temperature changes. These extra sensitive nerves on the face create the symptoms of fever.

People who complain of sever fatigue, they usually have other symptoms as well.

People who complain of severe fatigue, they usually have other symptoms as well.

These overlapping syndromes are confusing to the patients and their physicians. It is important to properly identify the real cause of fever before you start following any particular treatment procedure.

If you have had a fever and it will not go away for a while, then start charting your temperature over the course of several days or week. Record your temperature before you engage in any kind of strenuous physical activity as it will raise your body temperature.

When you go see your doctor, bring this chart with you. This information will help your doctor to chart next course of action and can rule out if your fever is caused by CFS or it is due to some other reasons.

Infection from other sources such as Lyme also shows symtoms of fever, chills, fatigue, headache and body aches.

According to “Lyme Disease and Associated DiseasesL: The Basics” the untreated Lyme can result in neurological disorders, pain in the muscles, and if left untreated can cause blindness, and severe psychiatric or psychological disorders.

Lyme disease is an infection caused by an organism Borrelia Burgdorferi. It spread by tiny, dot-like tick that typically feeds off animals but sometimes humans get infected too.

The Lyme disease is not transmissible between people and the Lyme ticks must be attached to the body for 36 to 48 hours before the bacteria can spread.

Lyme disease can be cured if treated early on, but if the disease goes undiagnosed for longer, then it becomes chronic illness.

Many people get infected by Lyme disease when they walk in deep grass or interact a lot with pets that go outside.

People living with Lyme disease first get flu-like symptoms and rash typically appear at the bitten area. These symptoms gradually worsen as time goes on and create the conditions of musculoskeletal pain, arthritis, and swelling.

If left untreated, the infection can become chronic and is often called “ chronic Lyme disease”, this condition is also known as “Post-treatment Lyme Disease Syndrome” (PTLDS).

It is important to isolate the cause of fever and pain before you start taking any treatment. Most of the times a blood test called a Lyme title is used to confirm Lyme infection.

How to Treat Lyme Infection.

Once you have ruled out that your pain and fever is not because of Lyme infection or some other cause, then you can focus back on treating fibromyalgia.

Stress and Fever: Can Stress Cause You Fever

Another cause of having low-grade fever beside fibromyalgia can be stress induced fever. When we are mentally stressed, our body experience several physiological changes such as increased heart rate and increase in the body temperature.

How stress affects your body

People with fibromyalgia tend to be more prone to get stressed than the average person which causes them experience more frequent stress and higher body temperature.

A study published by Tak﻿akazu Oka showed that psychological stress increases the high core body temperatures. These high body temperatures are called “psychogenic fever” or “neurogenic fever.” These fevers are caused by no abnormalities and common over the counter fever reducing drugs do not reduce the fever.

Several alternative remedies for stress relieve such as meditation, yoga, light exercise, change in the diet and lifestyle can help people cope better with stress.

For immediate relief from fibromyalgia, you should consider taking prescription pills recommended by your doctors which are typically anti-inflammatory or pain killer pills.

Taking these pills will give you immediate relief, but it is important to have focused on getting a long-term solution.

The Three Steps to Long-Term Recovery Are:

By addressing the underlying medical causes and following the proper treatment procedure related to sleep, stress, diet and prescription medications, exercise and complementary therapies, your symptoms will improve and then ultimately disappear.

As an alternative you can also consider acupuncture as an option. Acupuncture helps to reduce the tender spots in the muscle which reduces the pain and stress. It will also reduce your fibromyalgia chills and low-grade fever.

Have you ever had fever while you were diagnosed with fibromyalgia?

How These 7 Amazing Foods Relieve Your Fibromyalgia Pain

How to Treat Allodynia and Fibromyalgia Skin Pain

Is Serotonin Surprisingly The Ultimate Cure For Fibromyalgia?

Relation Between Paresthesia and Fibromyalgia: The Ultimate Guide